The extractive model that Canadian mining companies operate under has come to prominence against the back-drop of neoliberalism and corporate globalization.

Neoliberalism represents a set of thoughts and policies that have gained increasing traction with governments and institutions globally since the mid-1970s.  Characterized by corporate and financial de-regulation, drastic reductions in funding for social programs, privatization and a reliance on the logic of the free-market – neoliberalism has led to large-scale economic inequality and has spread globally through mechanisms such as Free Trade Agreements and programs promoted by the World Bank and International Monetary Fund (IMF). 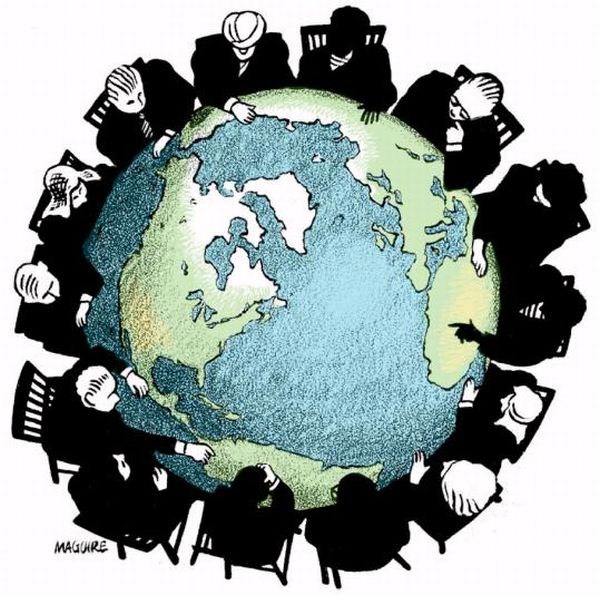 Globalization in this context has been principally based on the territorial expansion of transnational corporations whose decisions and growth respond to the logic of financial capital. Over the years, these corporations have managed to install the conditions for political actors to implement policies in their favour.

In the mining sector, a shift to neoliberal ideology led to mining code reforms in some 100 countries between the 1980s and the early 2000s.

These legal reforms have followed a similar pattern, including:

Parallel to these, additional reforms have taken place. Some have occurred to open up access to or purchase of collectively owned lands. Others have weakened environmental laws. Yet others were spurred by the signing of thousands of bilateral and multilateral free trade and investment protection agreements that cover a range of issues from tariff reductions to investment regulation and intellectual property rights. These trade and investment agreements have been described as a “Mechanism through which market discipline is advanced and the power of investors in the dominant capitalist countries is consolidated.”2

Since Canada, the US and Mexico signed onto the North American Free Trade Agreement (NAFTA) in 1994, Free Trade Agreements have tended to include investor protection provisions that enable companies to sue signatory governments. Using an expanded concept of expropriation, governments can be sued if they take regulatory action that diminishes the company’s expected earnings, obliging governments to compensate investors if they can demonstrate that their income will be adversely affected.3

Such provisions are increasingly being used by oil, gas and mining companies to sue states for outlandish amounts of money when they makes decisions that they do not like. For example, OceanaGold (formerly Pacific Rim Mining) is suing the state of El Salvador for $301 million USD for not having granted it a permit to put a gold mine into operation, even though the company did not meet the regulatory requirements to obtain the permit.4