In the last few years, human rights, Indigenous and other social movement organizations in Guatemala have been vigorously denouncing efforts on the part of the Guatemalan state, foreign corporations – including Canadian mining companies – and related actors to contain and silence their opposition to further entrenchment of a model for economic growth based on foreign owned industrial mineral extraction and energy production. Intensified stigmatization and criminalization of protest has been accompanied by increasing violence and militarization in communities. International allies participating in struggles for collective rights have also been targeted.The Western Peoples’ Council (CPO by its initials in Spanish) call this wave of extractivism in Guatemala “a new invasion of our territories that represents displacement, occupation, contamination, social control, repression and death for our communities.”

Neoliberal reforms to Guatemala’s mining code, designed to stimulate foreign investment, were passed in 1997, one year after the signing of peace accords between state and guerrilla forces that ended 36-year civil war.

▷ Dropped royalties payable on mining to their lowest level ever, from 6% to 1%
▷ Removed prohibitions on 100% foreign owned mining operations
▷ Permitted duty-free imports for corporations

Who was behind it?

▷ The government of Alvaro Arzú (1996-2000)
▷ The World Bank
▷ Transnational corporations
▷ The President and legal advisor of the Guatemalan subsidiary Montana Exploradora, now owned by Vancouver based Goldcorp and the first to put an industrial mine into operation during the neoliberal period

▷ Mining opposition led to a three year moratorium on new concessions under the government of Alvaro Colom from 2009-2011.
▷ After former general Otto Pérez Molina was inaugurated in February 2012, the moratorium was lifted and state-backing of foreign mining interests has been reinforced – this includes government participation in stigmatization, criminalization and militarization against mining-affected communities and their allies.

As of April 2014, the Guatemalan Ministry of Energy and Mines reported 89 approved exploration and extraction stage mining concessions and another 352 in the process of being considered.

These agreements should ensure that communal lands are administered according to local norms and that Indigenous communities are consulted to obtain their free, prior, informed and culturally adequate consent prior to the approval of policies and projects that could negatively affect their territories such as natural resource extraction projects. Nonetheless, in practice, corporate interests have trumped Indigenous rights. 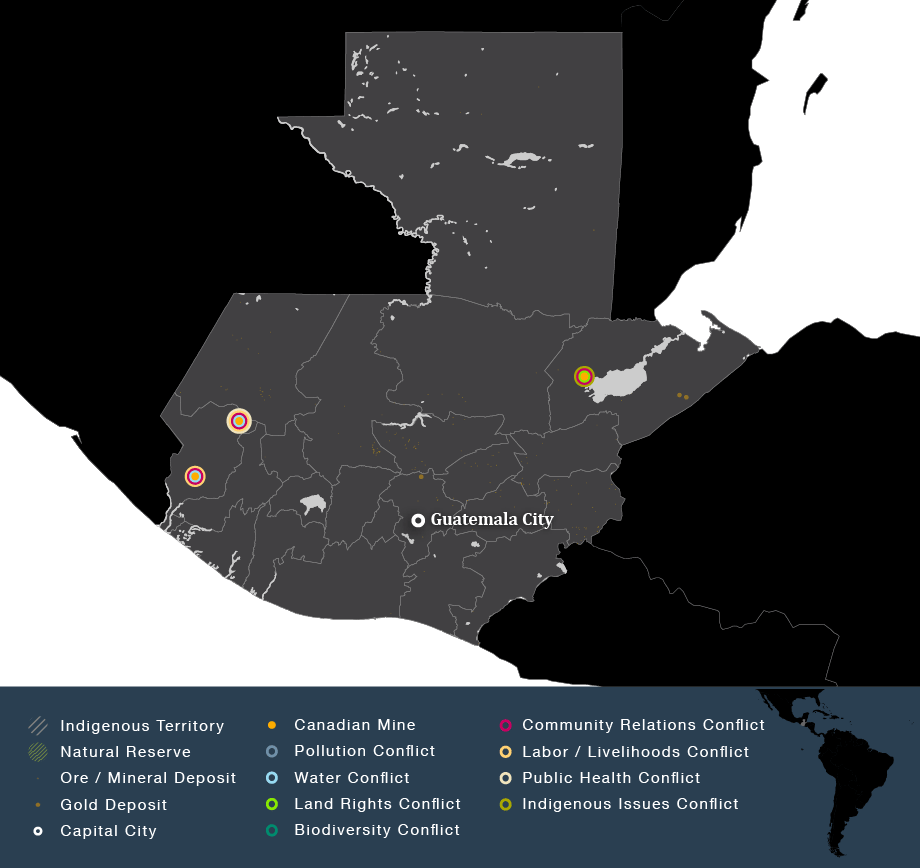 As of 2011, Natural Resources Canada reported that Canadian mining assets in Guatemala were about $1.3 billion CAD, the highest among Central American countries.

As part of ensuring that Canadian companies could establish their projects and become the principal beneficiaries of Guatemala’s mining sector, Canadian authorities have regularly acted in their defence.

▷ On November 4, 2004, the same day that a national newspaper released a survey finding that 95.5% of local residents opposed the Marlin mine, Canadian Ambassador to Guatemala, James Lambert, published an opinion piece in the Guatemalan Prensa Libre citing the benefits of mining to 200 Indigenous communities in Canada. He also flew Indigenous leaders from Canada to Guatemala to speak favourably about mining to try and delegitimize local resistance.

▷ When mining-affected communities near the Marlin mine filed complaints over its negative impacts on their Indigenous rights to self-determination, to free, prior and informed consent and to their water and well-being, Canadian authorities refused to investigate. This is despite numerous critical reports and statements issued during this same period from international bodies such as the International Labour Organization Committee of Experts, the Inter-American Commission on Human Rights and the UN Special Rapporteur’s office on the rights of Indigenous Peoples.

▷ In 2012 Goldcorp flew a group of three Canadian MPs and a senator to Guatemala on its private jet. At the time, Guatemalan Indigenous organizations had just launched a constitutional challenge against current mining laws for lack of prior consultation and mining law reforms were being considered that could increase state participation in new mining projects up to 40%. The Canadian delegation, backed by Goldcorp, obtained a closed-door meeting with the Legislative Commission for Energy and Mining, ostensibly to push through the reforms. 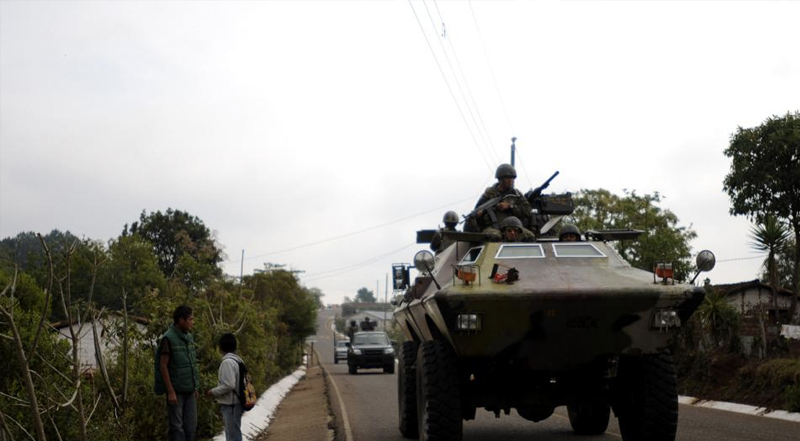 Following the Molina administration’s lifting of the moratorium on mining concessions in 2012, Tahoe Resources ramped up construction of its ...
Read More 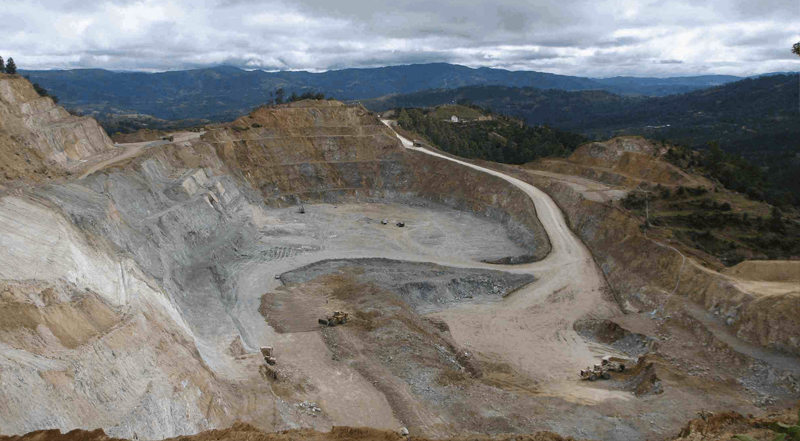 The Marlin mine is a goldmine in Guatemala owned by Montana Exploradora de Guatemala, a subsidiary of Canadian company Goldcorp ...
Read More